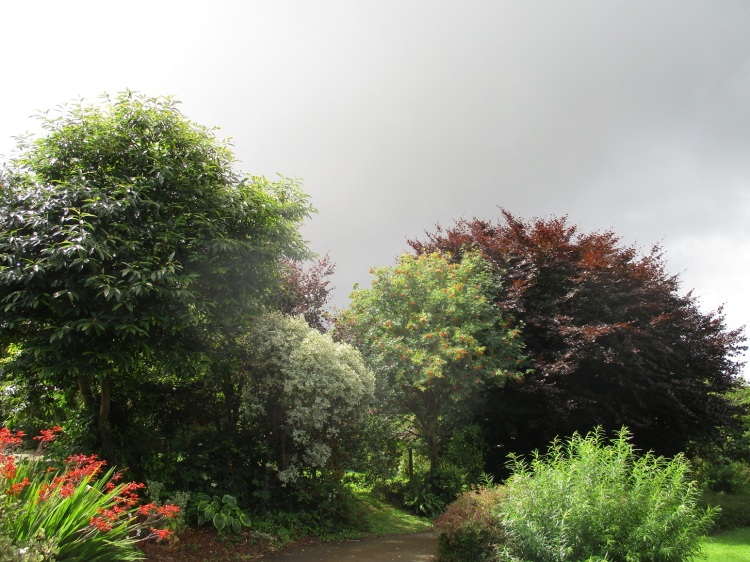 Another day of absurd weather at The Farm today.  It was however quite different from yesterday, when mizzle turned to occasional heavy rain then straight back to mizzle.  Today it switched from bright sunshine to head hurting rain in the blink of an eye.  Literally.  There was no hope, unless you happen to be called Usain Bolt, to avoid being caught and drenched before you had time to react.  Actually Mr Bolt would make a very useful member of the team, I wonder what he is up to after his retirement later this year.  Surely there would be no harm in asking…. Anyway, I spent most of the day stewing in my waterproofs and watching the sky.  Oh and barrowing rocks, woodchip and not-quite-rotted-enough manure (separately I hasten to add) to revive an area “adjusted” by the fence builders.  All was most fragrant.  This job was made all the more exciting by Slasher jet washing my primary route as I worked.

Some folk around here were quite happy with the deluges.  When I arrived this morning the present duck residents charged me.  This was in the, frankly insultingly wrong, impression that I was Farmer Tony who always throws a shovel of grain for them.  I was very pleased to see that the newbie, Frank the Aylesbury drake, has been embraced into the family.  For those unsure which one he is, look for the one who is twice the size of everyone else, is white and hopping. 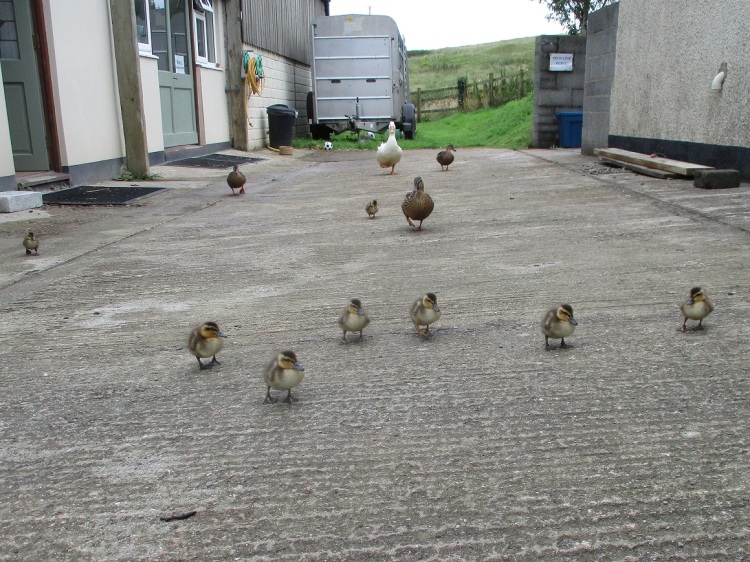 5 thoughts on “Same But Different”