It is not as if Storm Brian snuck up on us unannounced.  We have been warned of his imminent arrival for days.  In my heart I know I should have gone out in the garden yesterday to take my photos, when it was warm enough to dry the washing.  But I didn’t.  And today I have paid the price for my bad planning.   Today’s Six on Saturday, run by the our illustrious leader The Propagator, has necessitated a bit of a rethink.  I was tempted to post unrecognisable blurs and try to convince you they were specimens of the extremely rare Amazonian Giant Poodle Grass or even the Tasmanian Snucklewurgle.  However the angel on my right shoulder managed for once to out shout the wicked chap on my left and I opted instead for honesty.  My cunning plan is to concentrate on the more static of the garden community, apart from the first one which is used purely for effect, having fallen in the gale.

Let us begin with my one plant contribution this week, a toppled Phyllostachys aurea, which like its companion from last week the black bamboo, is grown in a pot.  This golden bamboo is occasionally divided, when a saw is definitely needed, and repotted in fresh compost. Generally it is ignored until attention seeking behaviour such as this necessitates some action.  It falls over several times each winter, in fact today I left it where it fell, it will be fine.

This chap is the only ladybird I have seen in the garden this year, which is rather sad.  Not just my garden but also the ones I work in.  There has been plenty of aphid, so no lack of food for them.  Has anyone else noticed a dearth in the spotted one? 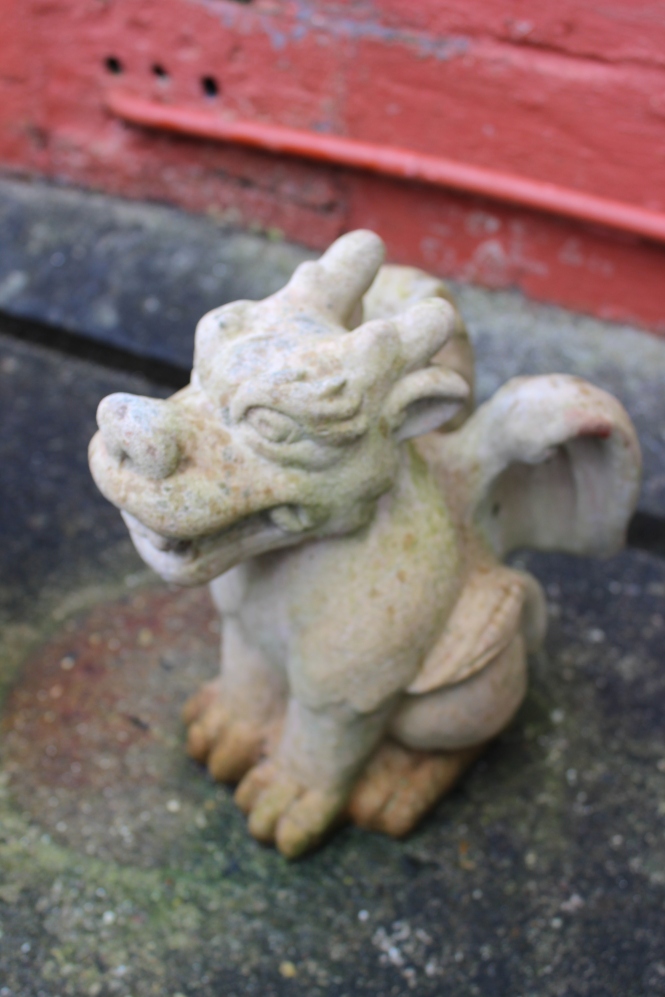 Next we have our Welsh dragon, he guards the front door and so far has been very successful at keeping intruders at bay.  Long may he continue his vigil.  Do not be fooled by his comical demeanour, he is quite fearless.  Reminds me of someone, can’t quite put my finger on who that might be ……. 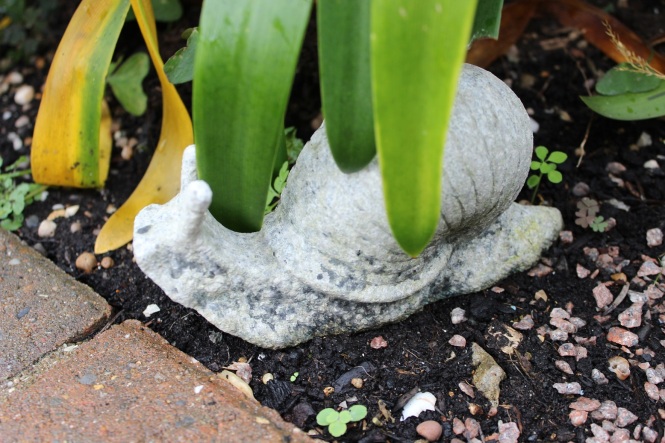 This mammoth mollusc moves around the garden, filling a space when and where they appear.  Luckily for me he is totally plant friendly, no nibbling going on at all, which is just as well as he is quite large and could do an awful lot of damage if he was that way inclined.  I was hoping that he would scare off the others, but unfortunately not.  Perhaps they worship him as some kind of Venerable Snail God and are actually attracted rather than repulsed.  That didn’t work out as planned. 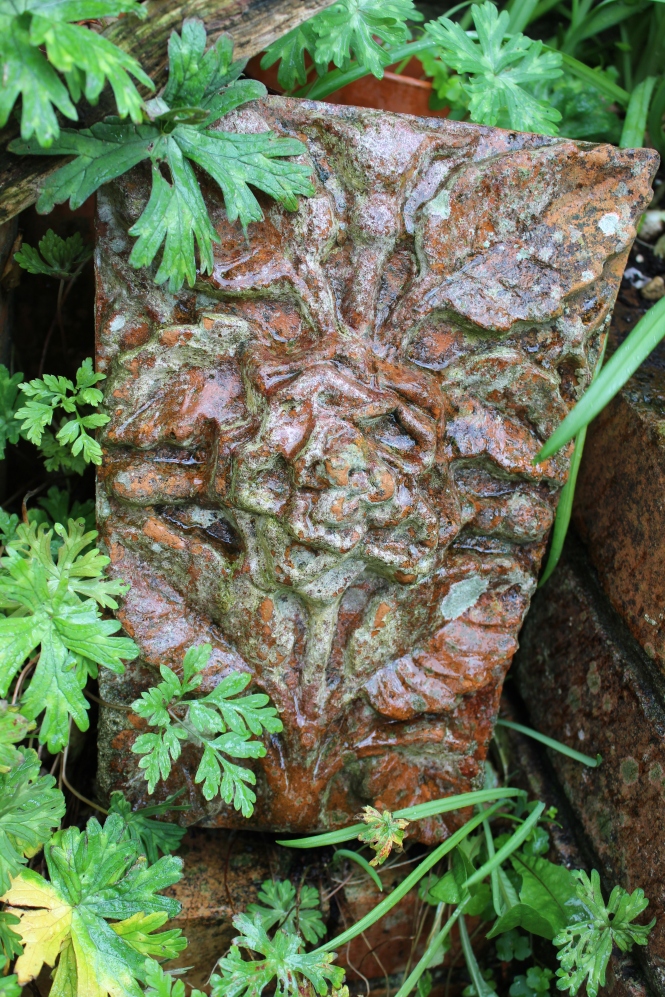 This is an ornamental key stone.  It came from a reclamation yard in Bristol many years ago.  I loved it then and I love it now.  Hopefully someone didn’t just nick this from the rest of the arch and run!

Finally our sundial.  I was working in a garden just outside Bristol, where a builder was renovating a house.  This was in the garden and he said I could take it if I wanted to.  It was in the back of my car before he finished his sentence.  Around the face is a short saying, I thought it was appropriate for today, “Let others tell of storms and showers, I’ll only count your sunny hours.”

Thank Mr P, who knows what next week will bring.  Hopefully it will involve plenty of sunny hours and very few storms and showers.

21 thoughts on “Six on Saturday – Static”