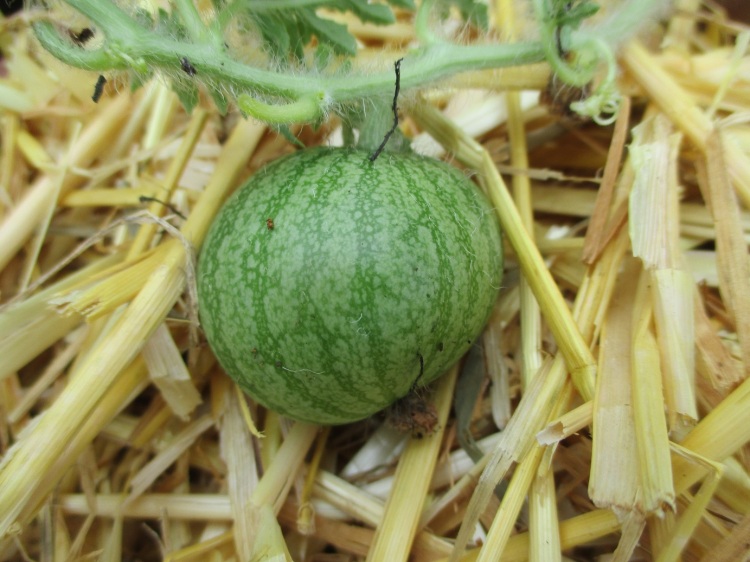 After the unfortunate demise of the champion baby watermelon last week, I was determined to give at least one of its siblings the best chance of reaching maturity.  As watermelon novices at The Farm we decided to increase the odds of success by putting our plants in several metaphorical baskets. Three were planted outside in a large container enriched with mushroom compost, another in a growbag alongside the tomatoes and tended as such, whilst one was stuck on a shelf and forgotten about.  It will be no surprise to those accustomed to contrariness of the world, that the largest remaining fruit is on the disregarded plant, the weediest most pathetic specimen you could wish to meet.  Another lesson learnt perhaps, but it goes against the horticultural oath to neglect plants.  So I carefully potted Mr Muscle into a slightly larger pot, breath held tight, the potential for disaster was great.  I then wrestled some straw from the guinea pigs, again a dangerous exploit, and stuffed another pot full (of straw not guinea pigs) to make a cosy cushion for the chosen one. He looks very safe and secure nestled atop, however it is early days, my chickens are not yet counted.