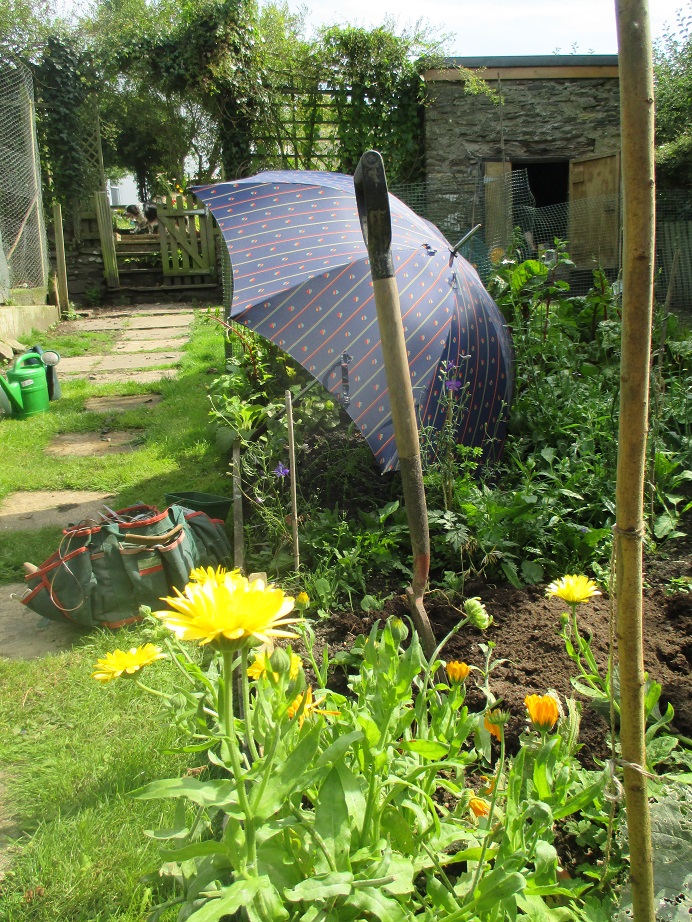 In ten days time it is the wedding of Mr and Mrs Bun’s daughter to her beau.  It is to be held in the village church, not one hundred meters from their house, and is bound to be a grand affair. Although most of the flowers will be supplied by the wonderful Pat the Field and arranged by an accomplished florist, Mrs Bun has also been growing her own contribution.  This has been not without its stresses, there have been bugs and inertia to overcome.  This week the garden was full of bloom and she will undoubtedly have a plethora to chose from on the glorious day.  The sweet peas have recovered from their early season blip, dahlias, larkspur and cosmos are thriving, fragrant herbs are lush, and the scarlet flax is just about to flower.

Mr Bun had been rummaging in the cellar and found the bulbs that had been stored after being removed from planters and the borders earlier in the year.  The amount and condition of some would suggest that it was more than one year’s haul.  So myself and Mrs B sat and sorted and gossiped, removing desiccated vegetation and discarding any damaged or rotten bulbs.  Naturally there were no labels so a fair amount of guessing had to be undertaken.  Paper bags were located, in which they were stored for replanting in the next few months.

Halfway through our task Mr B returned from the vegetable garden to say he wasn’t quite sure what he should be weeding and would I take a look.  As I approached the spot where he had begun his unhindered weeding, my heart baulked.  Each and every one of the scarlet flax were missing!  I stifled a scream, or perhaps he put his hand across my mouth when he realised his mistake.  A deep breath later, I delved into his trug to retrieve the ousted young plants, a rapid replant, copious water and fingers were crossed.  “She will notice” I warned “you better confess”.   Mrs B took it very well considering.  When the hottest day of the year got into its full scorching swing we used an old umbrella to shade the decidedly limp looking specimens.  You never know, they might survive …..