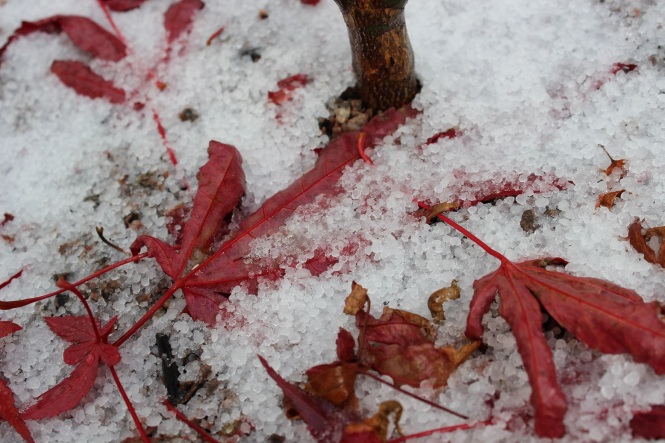 Here in the south west of the UK we have pretty benign weather.  It is for good reason that we are called Softy Southerns.  The last couple of days have been a little crazy, in our opinion anyway.  For others, more accustomed to such madness, it has possibly been a little dull.  Hail, thunder and lightning, driving rain and strong winds.  Our home faces the sea and whilst this is a generally a great asset, when the wind roars up the channel it is less charming.  There is another, bigger, storm on the way, called Angus apparently.  The winds will shift to the North-East and it is likely that we will have another window rattling night ahead.  Today I have, perhaps a little latterly, brought in a couple of indoor plants that had been vacationing outside for the summer.  The scadoxus and scented pelargonium were looking a little ruffled, outraged to have been exposed to such climes.   I have no doubt they will recover from this horticultural abuse.  The rest of the garden will have to fend for itself.

Stay safe everyone.  Its going to be a noisy night.