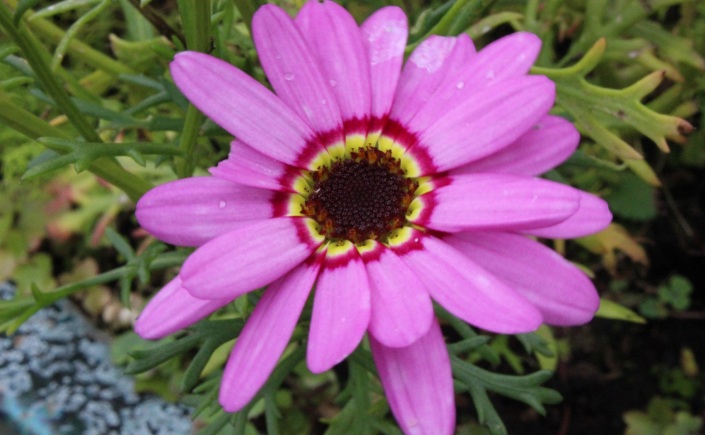 I had decided that I wasn’t going to SoS this week.  Lots to do, miserable outside, lacking motivation, Madagascar 2 on the TV, crisps in the cupboard.  However, such is the hold that The Propagator has on me, I have relented.  I am hoping that eventually he will return the incriminating photos.  Until then, let’s go!

My first picture is of an argyranthemum, rescued as a plug from local garden centre.  It has flowered all summer, even though the gardener failed to dead head regularly.  Hopefully it will survive until the spring and be even bigger and better next year.   I will have a word with the staff.

I have had this pelargonium for several years, found on a table of assorted plants at an open garden.  Although it has never thrived in our damp Devon air, it is doing a sterling effort of hanging on in there. 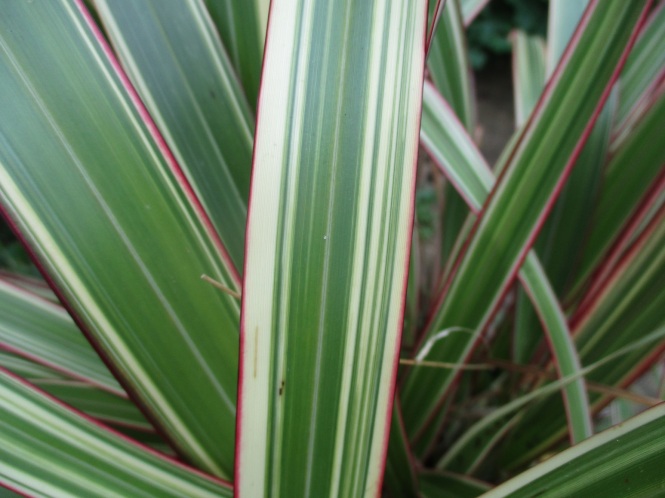 This phormium was given to me as a seedling by one of my old clients in Bristol.   She had a wonderful garden, was ambitious and imaginative.  Looking at this plant reminds me of her.  This is one of the many wonders of gardening.  The sharing and the receiving and the memories. 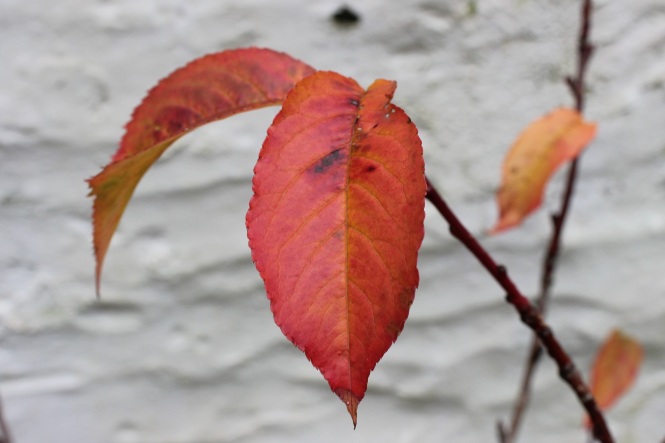 This is a peach tree grown from a kernel.  It hasn’t flowered yet, it is growing like a cuckoo, but the autumn colour is fabulous.  Thanks Storm Brian for leaving us a couple of leaves to admire.  So kind of you.

As I live by the sea, it is compulsory (a local bye-law) to grow at least one armeria in your garden.  This variegated form is looking quite healthy but hasn’t flowered since I bought it last year.  Good job it has such pretty foliage or I would be whispering “compost bin” in its direction.

Lastly we have a little cuphea, which lives in a planter at the front of the house.  Soon he will be jettisoned as I have recently bought some cyclamen and violas to replace him and his straggly lobelia companions.  I’m tough, take no prisoners.  When a plant is finished, out with it.  No qualms.  Stop looking at me like that.  Is that a small tear rolling down his face?  Come on, it is the right thing to do!  OK, I might pot him up and try and over-winter him.

Once again, thanks Mr P for hosting this meme (a word I never though I would type).  Check out all the other SoSers on his website.  Another link here , if you dare ………..