Once more unto the Six on Saturday, the global meme hosted by superhero The Propagator.  Following last week’s “Nearly’s” I am sorry to report that out of the six potential stars we only have one performer, and that is rather a half-hearted attempt.

So we will start with something that is at least trying, a honeysuckle, holding its flower head high above the griselinia hedge below.  No idea where it starts, or indeed where it ends, but I claim it as our own. 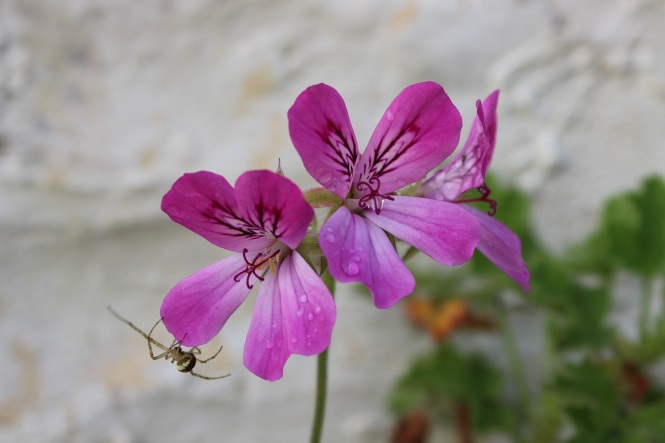 Next we have Pelargonium ‘Pink Capricorn’ and friend.  I  featured this little beauty a couple of years ago in Pastel Power.  This means it has survived the onslaught of two wet and windy North Devon winters.  Fingers crossed for the next one!  And of course for the for the spider.

Here we have the sole member of last week’s bud group that could be bothered to flower in time for today. Salvia corrugata is making a feeble effort to bloom.  Don’t you realise that people are waiting!?

Having just tallied them up for the first time, I can report that we have five Japanese maples in pots.  They are various unnamed Acer palmatum cultivars, bought as tiny sticks many years ago. Several were from Woolworths, ah the wonder of woolies, we miss you. 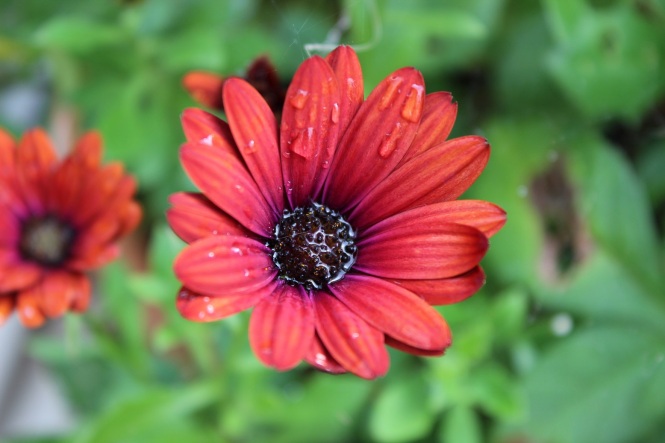 Another anonymous osteospermum, I love this copper colour, and like its golden counterpart included a couple of weeks ago, it has enjoyed a summer snuggled on a sunny step outside the kitchen door. 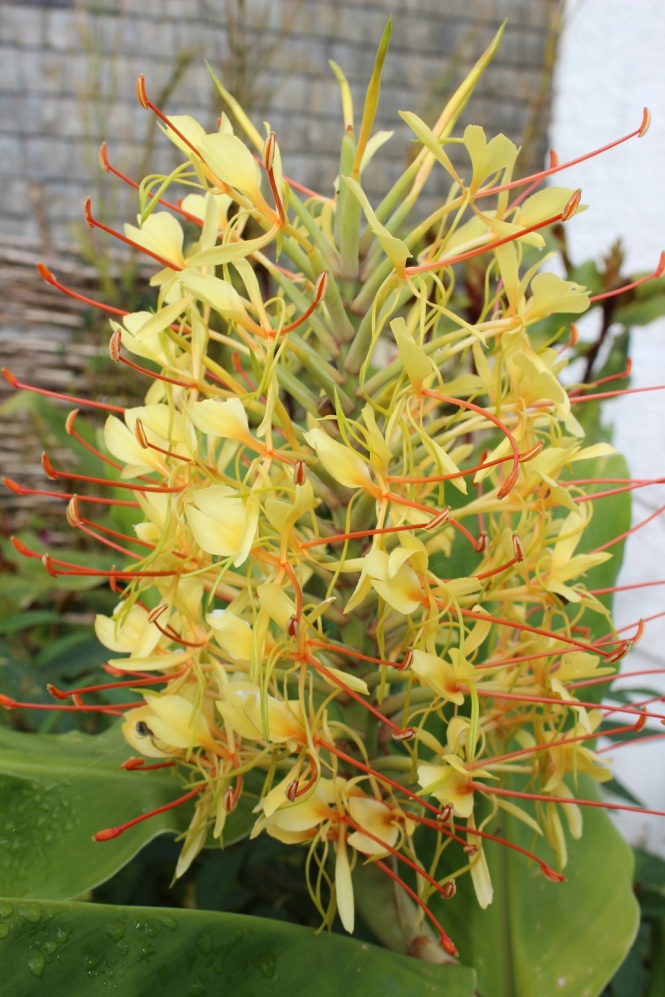 Lastly we have another ginger lily, unfortunately not the one I was hoping for.  Hedychium greenii has not moved one iota.  Still this first reserve hedychium has a stunning flower, a worthy understudy.  It was gift from Steve and Dawn at Devon Subtropical Garden.  To my great shame I have lost the label and don’t know which ginger it is.  I thought it was Devon Cream, but looking at it now I don’t think so. Rubbish gardener.  Steve and Dawn’s garden is open for the National Garden Scheme tomorrow, if you are in the area I highly recommend a visit.

That’s the lot, thanks Mr P!  I have a note from my mum for next week, so hopefully in a fortnight, like Arnie, I’ll be back.